This pic and another four to follow in separate e-mails are for a testimonial to the property consult Steve did for my NY property. 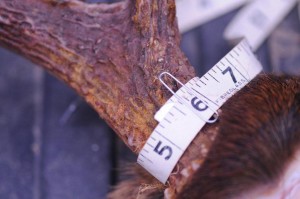 The property eval plan made by Steve Bartylla for our northern New York property has marked a major turning point in our deer hunting. Implementing the plan began in the spring of 2015 and substantial improvements in the amount of both young and mature bucks seen while hunting were experienced in the 2015 hunting season and again during the 2016 hunting season. The number of deer in general on the property increased in the 2015 fall season and more importantly the amount of daytime mature deer activity went thru the roof. We enjoyed better hunting in both 2015 and 2016 as each season progressed with more and more deer coming onto the property from the neighboring properties and staying for the remainder of the hunting season. The hunting actually got better every day as the seasons progressed rather than worse as the season progressed as it used to. While our neighbors all complained of seeing fewer deer than ever, deer sightings in general as well as mature buck sightings on this property were at a very high level. 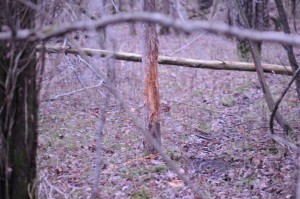 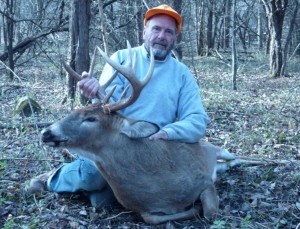 Mature buck rubs as shown in this picture used to be rare but now are throughout the property.

Then in 2016 while hunting a new stand location for the first time ever another mature buck was taken. Despite it being the third consecutive week of firearms season the buck which dressed out at 213 lbs. was following a doe mid morning along a deer trail that we had put in per the plan. This type of daytime activity was not experienced prior to the property eval plan. 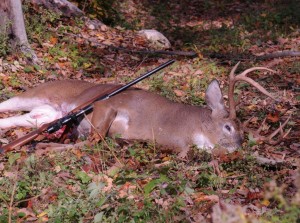 My wife and I are thrilled with the plan and its results. We highly recommend this product. It has completely changed our hunting for the better. And we are very excited about our future hunting. The 2016 season ended with a good number of mature bucks still alive on the property. Having mature animals on this property at all but especially after the season was just a dream before; now it is reality for us and a major turning point in our hunting for sure. The deer in the picture below is one of the deer living on the property that was given a pass last season that we hopefully will be hunting next season. 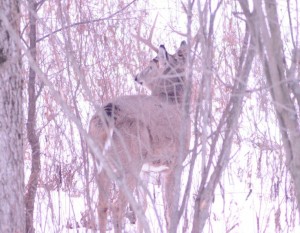 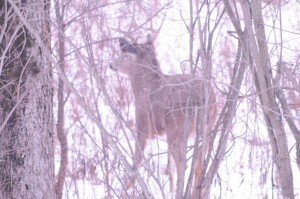 The property eval plan has made this all possible for us.
Dave Whalen
Northern New York